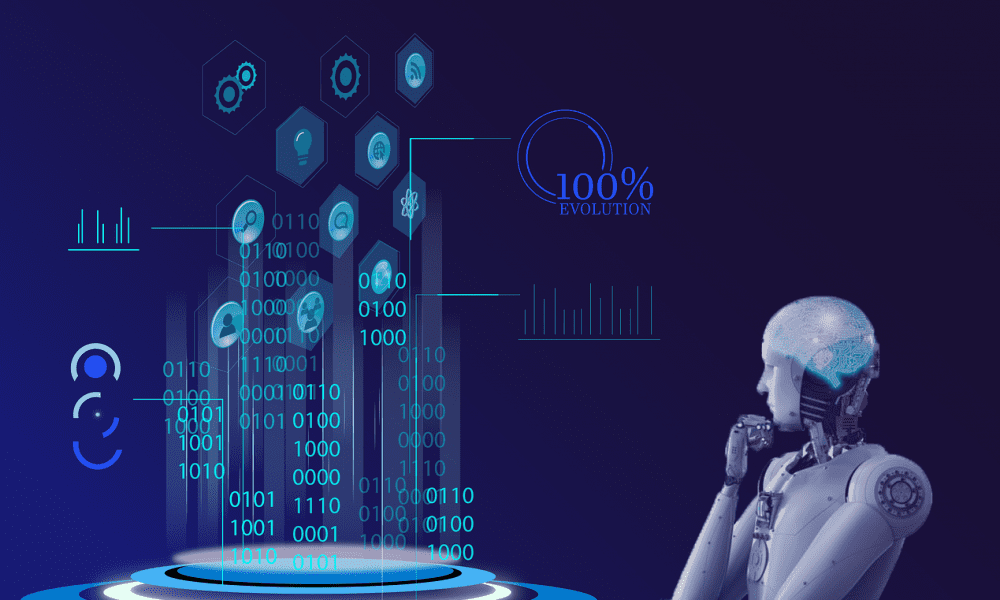 Excerpt: Computer recognition, thinking, and action are all examples of artificial intelligence. It ultimately comes down to giving machines the ability to mimic human behavior, particularly cognitive capacity. Artificial intelligence, machine learning, and data science, on the other hand, are all interrelated.

We will learn about six key branches of Artificial Intelligence in the first few paragraphs of this blog.

Artificial intelligence (AI) is the ability of a machine or computer equipment to mimic human intellect (cognitive process), learn from experiences, adapt to new knowledge, and perform human-like tasks.

Artificial Intelligence (AI) intelligently executes tasks, resulting in increased accuracy, adaptability, and productivity for the entire system. Artificial intelligence technologies are being integrated into businesses in a variety of ways to reduce interference and provide value, according to tech decision-makers.

In the media sector, for example, AI is employed on a big scale in social media, automated journalism, and other areas. AI in banking applications such as chatbots, mobile banking, fraud detection, consumer interaction, and so on is another example.

Apart from that, AI is necessary for; NLP, healthcare, automotive, gaming, speech recognition, finance, vision systems, and so on.

Branches of Artificial Intelligence (in terms of AI Capabilities) science, and so on are all techniques that fall within the artificial intelligence umbrella. Let's dig further into some of AI's primary subfields.

Machine Learning is one of the most demanding disciplines in advanced technology, and it generates a lot of excitement every time a new product is released by a firm that uses ML techniques and algorithms to serve the consumer uniquely.

Machine learning is a technology that allows computers to learn without having to be programmed; it is actively utilized in daily life, machine learning applications in daily life, even if people aren't aware of it. It is the science that enables machines to interpret, execute, and examine data in order to solve real-world issues.

Programmers create machine learning algorithms that are coded in a machine language to create a complete ML system using complex mathematical expertise. ML allows us to categorize, analyze, and estimate data from a dataset in this manner.

It has brought us self-driving cars, picture and speech recognition, useful web search, and a variety of other uses in the last several years. It essentially converges on applications that learn from their mistakes and improve their decision-making ability or forecast accuracy over time.

Furthermore, data professionals select forms of machine learning (algorithms) for what they want to predict from data based on the sorts of data available this is the first branches of Artificial intelligence

Data professionals input labeled training data to algorithms and establish variables for accessing and detecting correlations in this form of learning. The algorithm's input and output are both specific/defined. this is the second branches of Artificial intelligence

Algorithms that train on unlabeled data analyze datasets to generate meaningful connections or inferences are examples of this form of learning. Cluster analysis, for example, employs exploratory data analysis to discover hidden or grouping patterns or groups in datasets. Reinforcement learning is used to educate a computer machine on how to complete a multi-step process with clearly stated rules. Programmers create an algorithm to fulfill a task and provide it with positive and negative signals to act as the algorithm executes. Occasionally, the algorithm will decide for itself what action to take next. The neural network is a kind of artificial intelligence that uses neurology to complete tasks while incorporating cognitive science and machinery ( a part of biology that concerns the nerve and nervous system of the human brain). The human brain has an endless number of neurons, and the neural network's job is to code those neurons into a system or a computer.

In simple terms, a neural network is a set of algorithms that are used to uncover elemental links across large amounts of data using a technique that mimics the human brain's operation.

In a neural network, a neuron is a mathematical function (such as activation functions) whose job is to collect and classify data according to a specific structure. To complete tasks, the network heavily relies on statistical techniques like regression analysis.

They are widely used for fraud detection, risk analysis, stock-exchange prediction, sales prediction, and a variety of other applications, ranging from forecasting to market research. Artificial intelligence has become a highly hot topic. The design and construction of robots is a fascinating area of research and development.

Robots are frequently used to accomplish activities that are difficult for humans to consistently complete. The assembly line for vehicle manufacture, as well as NASA's massive item transportation in space, are among the most common robotics activities. Machine learning is also being used by AI researchers to construct robots that can set social interactions.

Expert systems were among the earliest effective AI software models. They were first designed in the 1970s and then increased in the 1980s.

An expert system is a computer system that mimics the decision-making intelligence of a human expert. This is accomplished by drawing knowledge from its knowledge base and applying reasoning and insights rules to the user's queries.

The expert system's efficiency is entirely dependent on the expert's knowledge, which is stored in a knowledge base. The more data it collects, the more efficient the system becomes. In Google Search Engine, for example, the expert system offers suggestions for spelling and mistakes.

Expert systems are designed to solve complicated issues by reasoning through bodies of knowledge, which are expressed in particular in the form of "if-then" rules rather than traditional code. Expert systems are known for being very responsive, dependable, intelligible, and capable of excellent execution.

In the actual world, we occasionally encounter situations where it is difficult to determine if a condition is true or false; its fuzzy logic allows for significant flexibility in reasoning, which leads to mistakes and uncertainties in every situation.

Fuzzy logic, to put it another way, is a strategy for representing and modifying ambiguous information by determining the degree to which the hypothesis is right. Fuzzy logic can also be utilised to make decisions regarding inherently ambiguous ideas. Fuzzy logic is a simple and adaptable tool for implementing machine learning techniques and aiding in the logical replication of the human mind.

It's nothing more than a generalisation of normal logic in which an idea has a degree of truth ranging from 0.0 to 1.0. Standard logic is 1.0 if the concept is entirely true, and 0.0 if it is entirely untrue. However, in fuzzy logic, an intermediate value exists that is both true and false. In layman's terms, NLP is a branch of computer science and artificial intelligence that allows computers and humans to communicate using natural language. It's a method of analysing human languages using computers. By simulating human natural language, it allows a machine to comprehend and understand data.

NLP is a method for searching, analysing, comprehending, and extracting information from textual input. NLP libraries are used by programmers to educate computers on how to extract meaningful information from text data. Computer algorithms can assess whether an email is a garbage or not by looking at the topic of a line, or the text of an email, which is a popular example of NLP.

Using NLP has a number of advantages, including:

We investigated six branches of the Artificial Intelligence subject, each of which is based on how AI systems work. In industries and organisations, the six areas have become a buzzword. Many businesses are marketing it as a way to better serve customers.

Q1 Who created the first AI?

The earliest successful AI program was written in 1951 by Christopher Strachey, later director of the Programming Research Group at the University of Oxford. Strachey's checkers (draughts) program ran on the Ferranti Mark I computer at the University of Manchester, England.

Q2 What is Android AI?

It is a widely used device for everyday tasks, which is now available as an app on google AppStore for android smartphones. The app allows users to set up their Alexa-enabled devices. Smart AI technology upgrades its memory with more consistent usage such as recognition of voice, vocabulary, etc.