Continuous integration and continuous deployment (CI / CD) pipeline Benefits is a set of steps that need to be taken to deploy a new software release. The CI / CD pipeline is a technique focused on improving software delivery throughout the software development life cycle through automation.

What is a CI/CD pipeline? An important function of the CI / CD pipeline is to use automation to ensure the quality of your code. Use test automation to detect dependencies and other issues early as software changes traverse the pipeline, propagate your code changes to different environments, and deploy your applications to production environments. .. The job of automation here is to perform quality control and evaluate everything from performance to API usage to security. This fully integrates the changes made by all team members and implements them as intended.

The ability to automate various stages of the CI / CD pipeline helps development teams improve quality, speed up their work, and improve other DevOps metrics.

The cicd pipeline benefit is to stay competitive in the current market, companies strive to release features as quickly as possible. The platform that optimally realizes these rapid release cycles is the seamless CI / CD pipeline.

The pipeline consists of a set of tools and frameworks that help developers, testers, operations teams, and others involved in the project deliver software to end-users. This gives the team more opportunities to be agile and improves the overall efficiency of the software delivery process.

One of the best points of the benefits of the cicd pipeline. By integrating CI / CD into your company's development process, you can reduce the number of non-critical errors in your backlog. These minor defects are identified and fixed before manufacturing before they are released to end-users. There are many benefits to the early resolution of non-essential issues. For example, developers can spend more time improving their systems by focusing on larger issues, and testers can find larger issues before they are released without having to focus on smaller issues. increase. Another advantage (and perhaps the best) is to satisfy customers by preventing product defects from being found.

The Second-way cicd pipeline benefits. Errors are detected faster, so they can be fixed faster, increasing turnaround. However, frequent releases are only possible if the code is being developed on a constantly changing system.

CI/CD continually merges code and, after thorough testing, continually deploys it to production to make the code ready for release. As part of the deployment, it is important to set up a production environment that closely resembles the end-user environment. Containerization is a great way to test your code in production, and only test the areas that will be released.

The third way of cicd pipeline benefits with, byte size and specific changes introduced to the system improve test reliability and allow for more accurate positive and negative tests. The reliability of the tests in CI / CD can also be considered continuous reliability. With continuous integration and release of new products and features, knowing that quality is a top priority throughout the process ensures that stakeholder investment is well worth it.

The fourth point cicd pipeline benefits from the way Automation of the CI / CD pipeline reduces the number of errors that can occur in many iterative steps of CI and CD. This frees up developer time for product development, as there aren't too many code changes to fix later if a bug is found quickly. Another thing to keep in mind is that improving the quality of your code through automation also improves your ROI.

The fifth point of cicd pipeline benefits. One technical advantage of continuous integration and continuous delivery is that it allows you to integrate small pieces of code at one time. These code changes are simpler and easier to handle than huge chunks of code and as such, have fewer issues that may need to be repaired at a later date.

Using continuous testing, these small pieces can be tested as soon as they are integrated into the code repository, allowing developers to recognize a problem before too much work is completed afterward. This works really well for large development teams who work remotely as well as those in-house as communication between team members can be challenging.

Needed capabilities in a CI/CD pipeline

The CI / CD pipeline automates the following steps in the software delivery process. Start a code build, run automated tests, deploy your infrastructure, and deploy it to your staging or production environment. Creating such a fully automated CI / CD pipeline requires tools with specific skills. Which tools and features you need depend on your CI / CD pipeline environment and the architecture you choose. CICD Pipeline Benefits Bamboo Server uses the power of automation, integration, and workflow management to help DevOps and CI / CD teams streamline software development and delivery. It is part of Atlassian's product ecosystem and can be used in combination with Bitbucket's code pipeline. 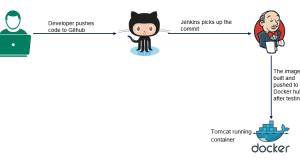 Docker is a widely used containerization solution for DevOps and CI / CD workflows. You can use this tool to disconnect your app from the environment. It also comes with an off-the-shelf community of container images for development. GitLab is a collection of tools intended for use in different phases of the software development life cycle. At its core is a Git repository manager designed for use on the web, with features such as problem tracking, reporting, and online wikis. 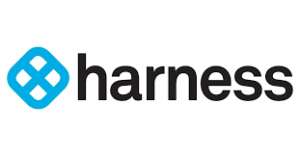 Jenkins is an open-source server for automation that is free to use. In software development, it aids in the automation of the processes associated with creating, testing, and deploying, hence helping the methods of continuous integration and delivery. In this case, it is a server-based solution that operates in servlet containers such as the Apache Tomcat web server.

Continuous integration and continuous delivery provide the ideal scenario for enterprise application teams. Developers simply push the code to the repository. This code is subject to integration, testing, deployment, retesting, merging with infrastructure, security, and quality checks, and can be deployed with extremely high reliability.

With CI / CD, you can be confident that your code will be better quality, software updates will be deployed quickly, and there will be no significant changes. Release impacts can be correlated with production and operational data. It can also be used to plan the next cycle. This is a key DevOps practice in your organization's cloud transformation.

Q1 What is the build stage?

The build phase builds the project's binaries, containers, or executable programs. This phase verifies that the application is buildable and provides testable artifacts.

Q2 What is the main difference between BDD and TDD?

When creating BDD tests, developers and testers are interested in behavior (feature behavior), not technical details (feature behavior). BDD testing is used to test and discover features that bring maximum value to users.

Q3 What is a Git branch?

A Git branch is a separate development line, usually created to work with features. Branches allow developers to code without affecting the work of other team members.

Q4 What is a Git repository?

The Git repository keeps track of all the files in your software project. The repository acts as an index for all files and changes in your project, allowing developers to move to any point in the project history. 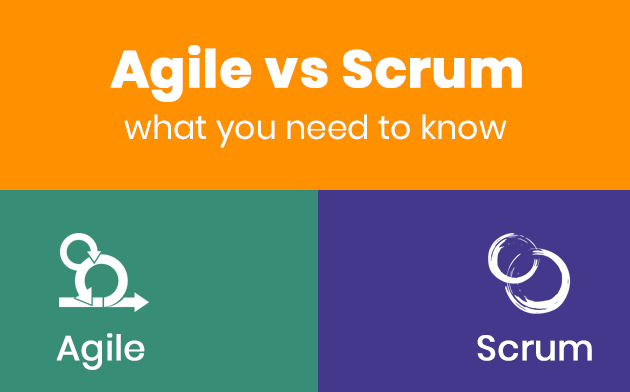 vamtam-theme-circle-post
 Category Application Modernisation
With globalisation and work-based migration, cultural diversity in the workplace is quite common. This article deals with what culture diversity in the workplace is and what are the concerns that arise in a diverse work culture and what are the ways to address them. It also mentions how this phenomenon can be advantageous for a company.
 Tags Agile, Agile Methodology, Application Modernisation, Project Management, Scrum
Read More
Page 1 of 271 2 3 … 27 Next
 Tags #pipeline, CICD, CICD Pipeline, CICD Pipeline in India & USA